Day by day people of Iran feel pressure of economical sanctions on their lives, economy turns to be weaker and citizens lose their purchasing power more than ever after US declared withdrawal from nuclear deal and has imposed sanctions against Iran.
Part of the sanctions banns most of countries to trade with Iran and also prohibits SWIFT (Society for Worldwide Interbank Financial Telecommunication) network by not giving credit for financial institutions in Iran so that companies in neither side of world nor in Iran would not be able to trade with each other so Iranians can hardly have access to world markets.

In the other hand European Union tries to invent new channel for supporting trade with Iran called INSTEX (instrument in support of trade exchanges) unfortunately none of European countries seemed to be able to locate this instrument in their place in order to avoid confronting with US.

The project seeks solution to provide free trade exchange all over the world like platform for countries where they can exchange goods based on the values in global market. Following matters that were described NINSTEX is located in international waters; where there is no sovereignty, therefore is nobody’s land as no state controls it. All states have the freedom of: fishing, navigation, overflight, laying cables and pipelines, as well as research, gives us advantage to locate our project in this waters. 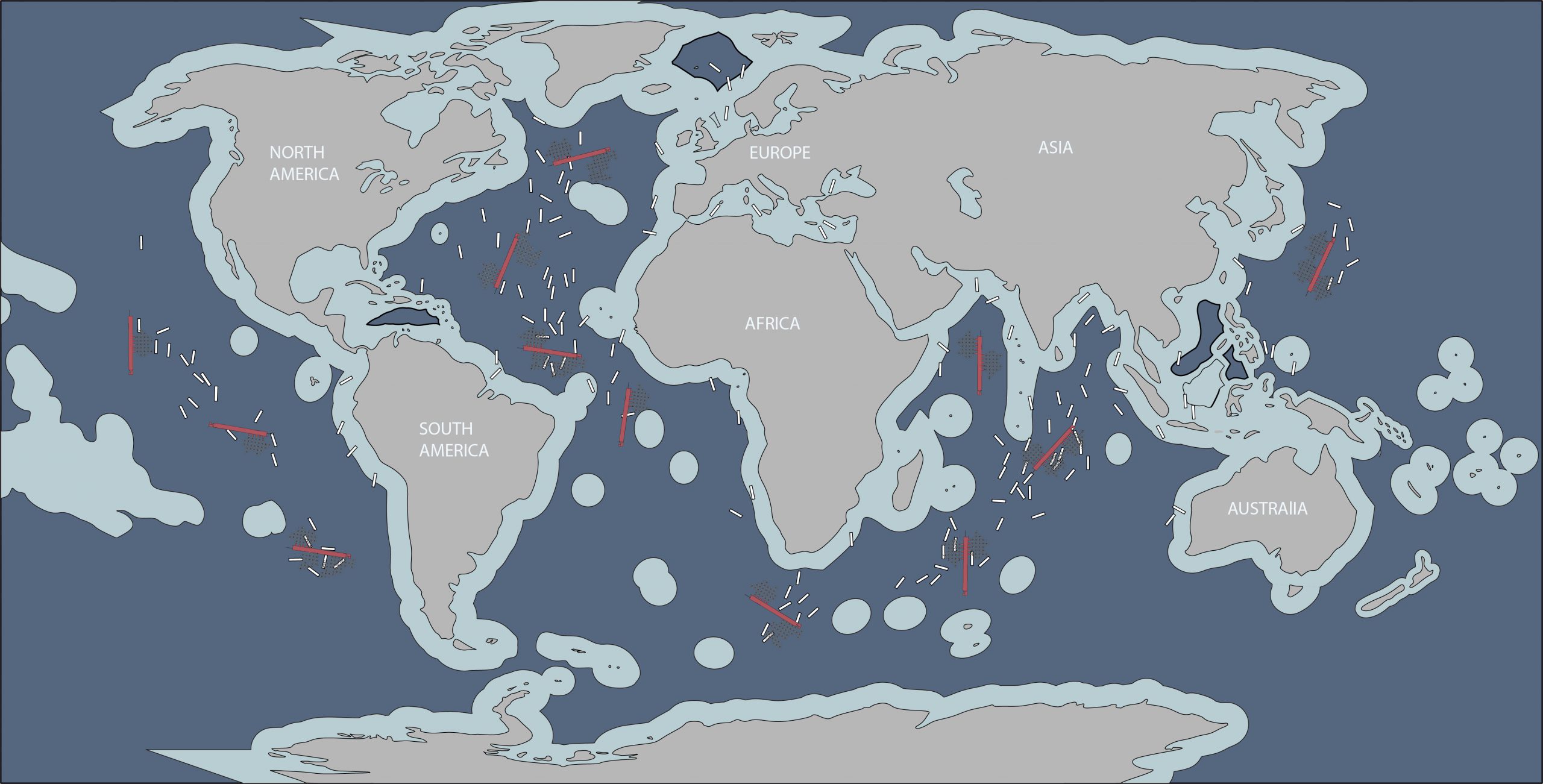 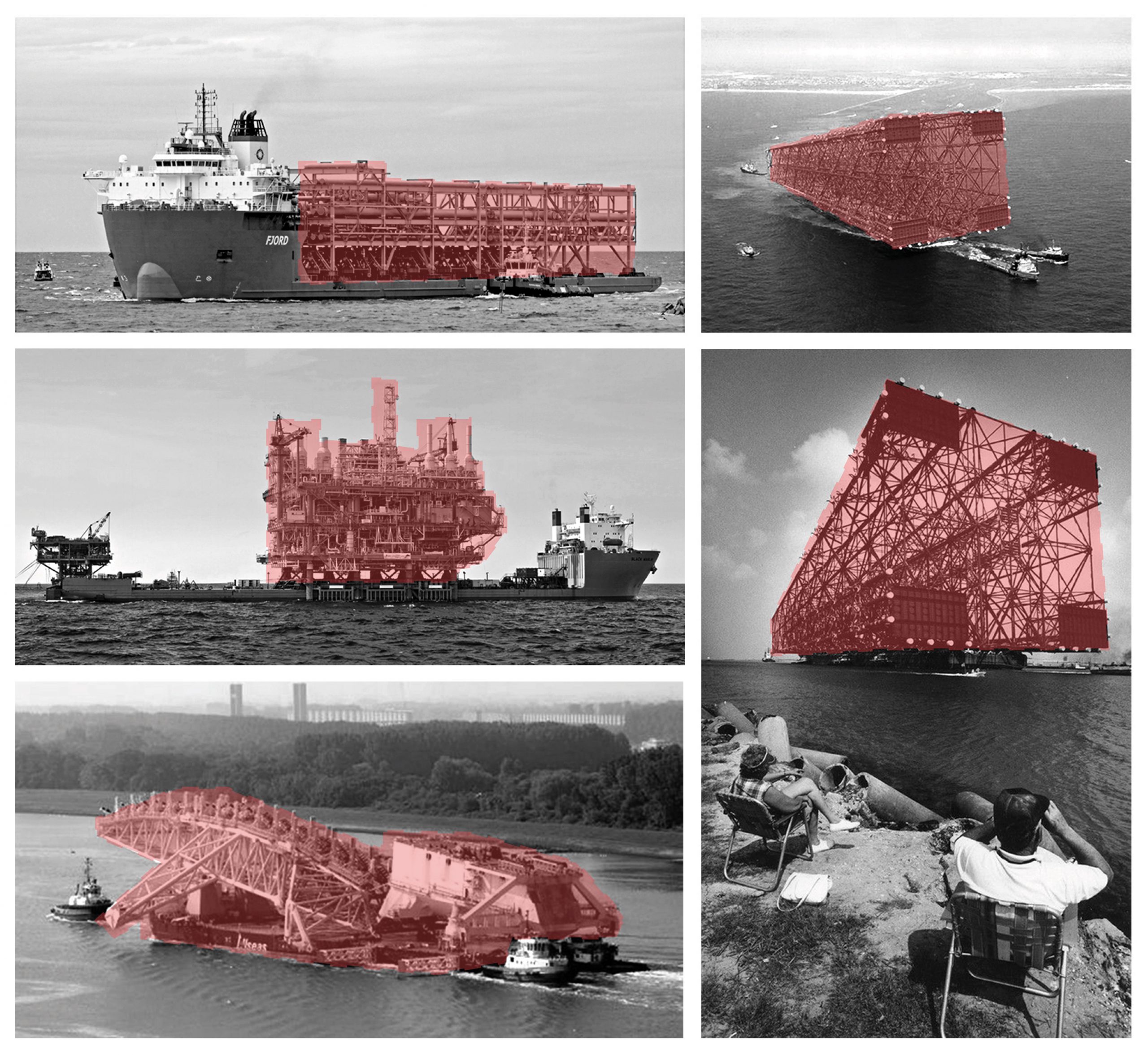 NeoINSTEX acts as similarly as sea port. By changing hierarchy of layers in typical port; containers which are stored, cranes that transfer goods and ships. It’s created from two main sections;
Core, which defines the location and holds main structure of NeoINSTEX and its relation with sea, also organizes the layout of clusters. Offices and different programs for human purposes are accommodated inside core.
Clusters, that containers are stored within them also perform in two condition; interlock condition that bunch of cluster are compressed, act as storage. They can be carried by ships in interlocking condition and after bunch joins structure, clusters form distance from each other until they reach to their branches, like a chain. By creating distance their introduce passage ways for ships that they can move beneath structure and load goods by cranes. This condition similarly performs as port

The structure size vertically and horizontally grows depended on increase in volume of transactions, more clusters join to structure to increase capacity as more trading happens in district which one of ports is located. 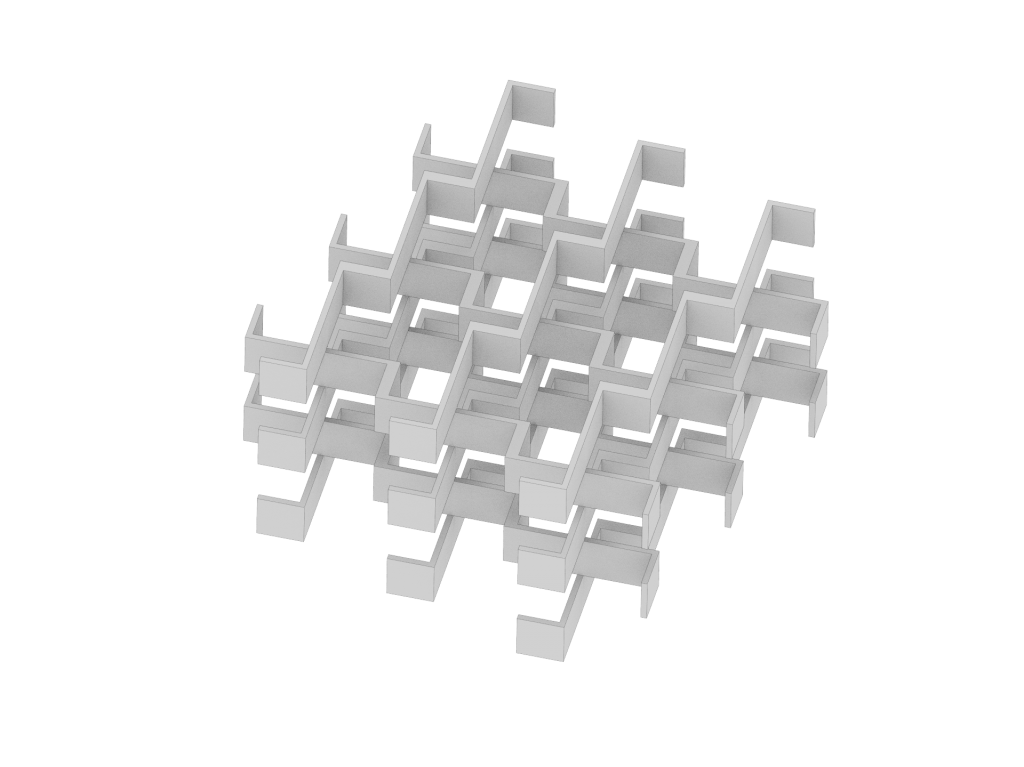 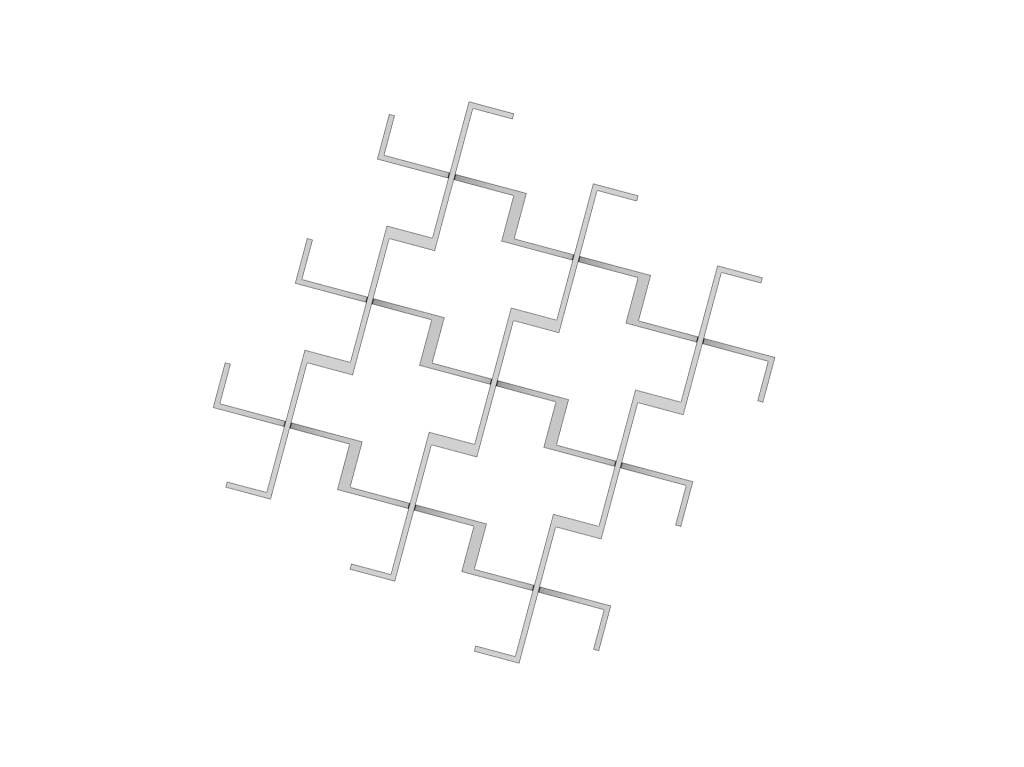 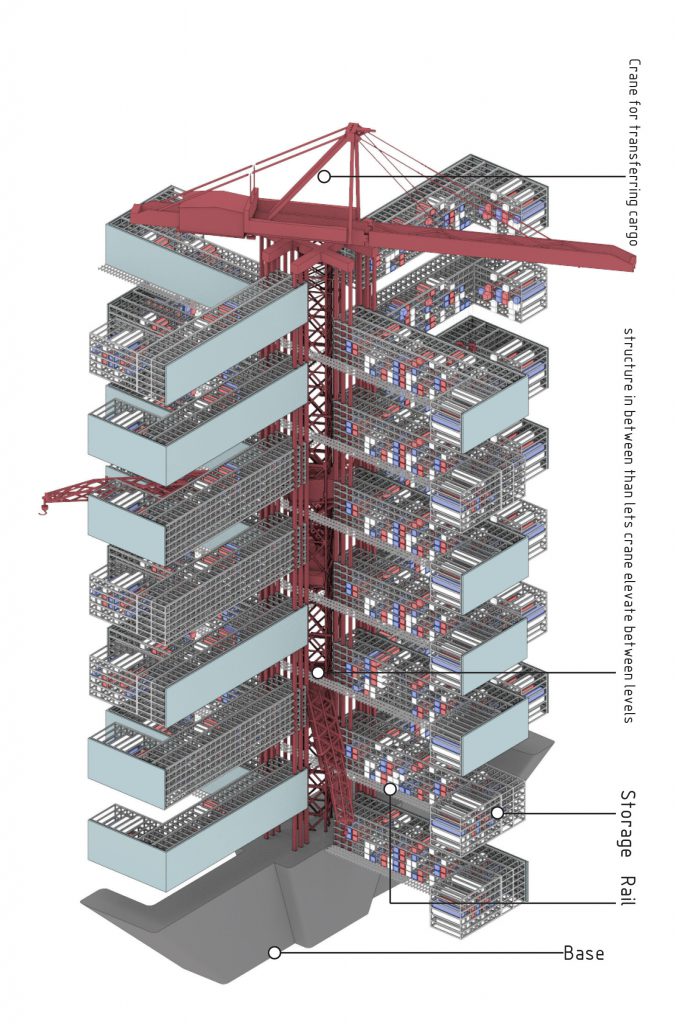 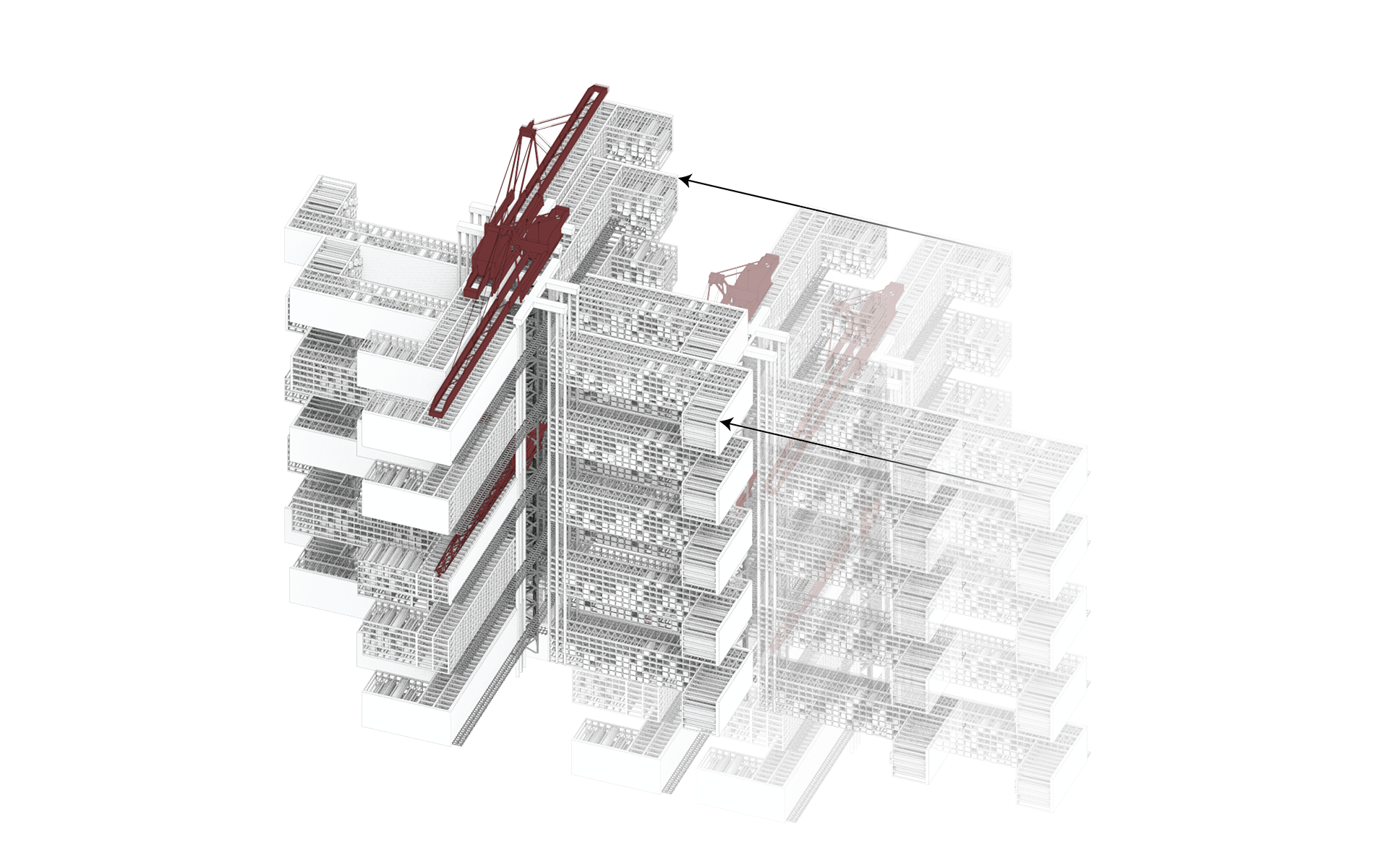 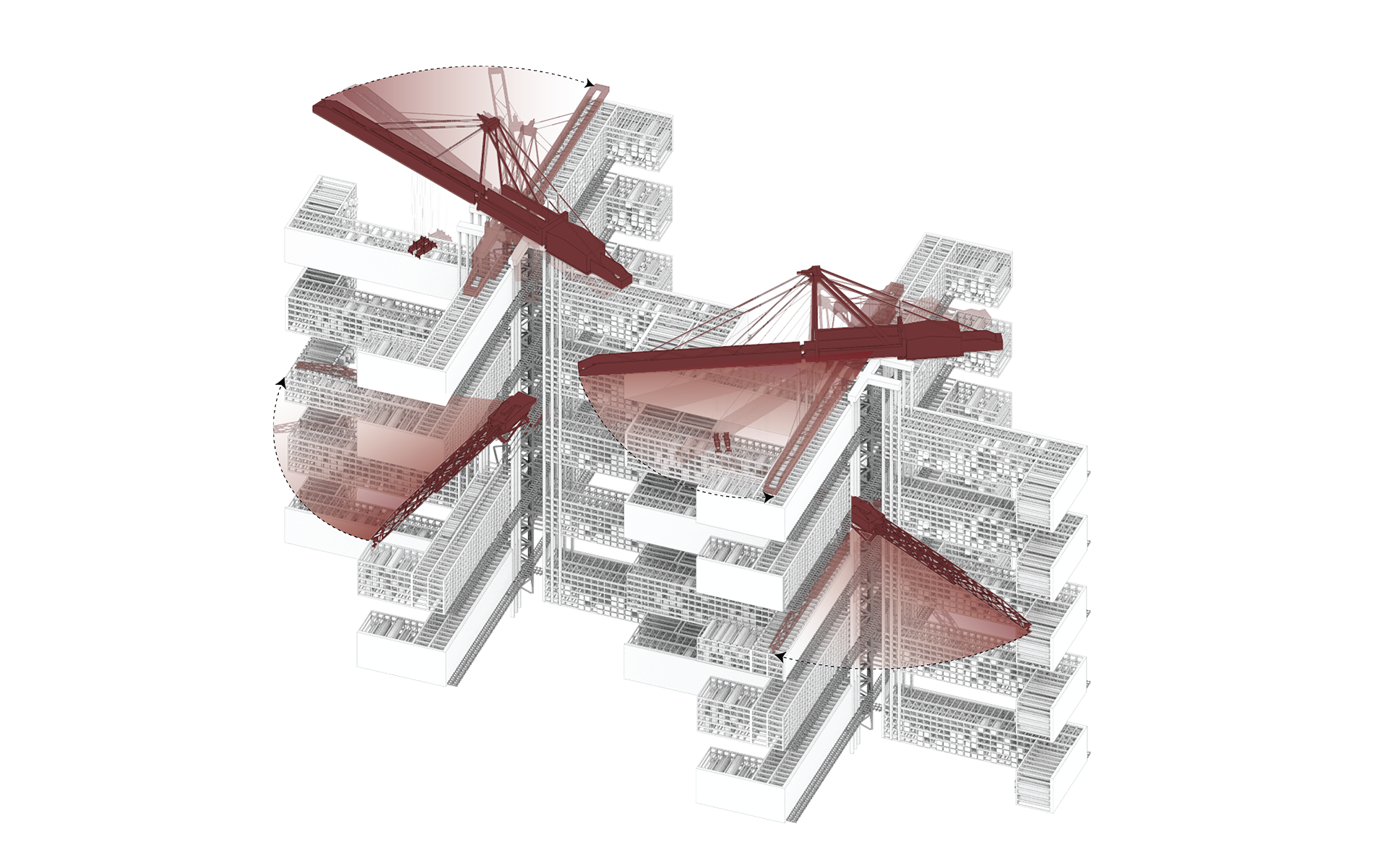 Movement and accommodation of cranes for storage and port mode 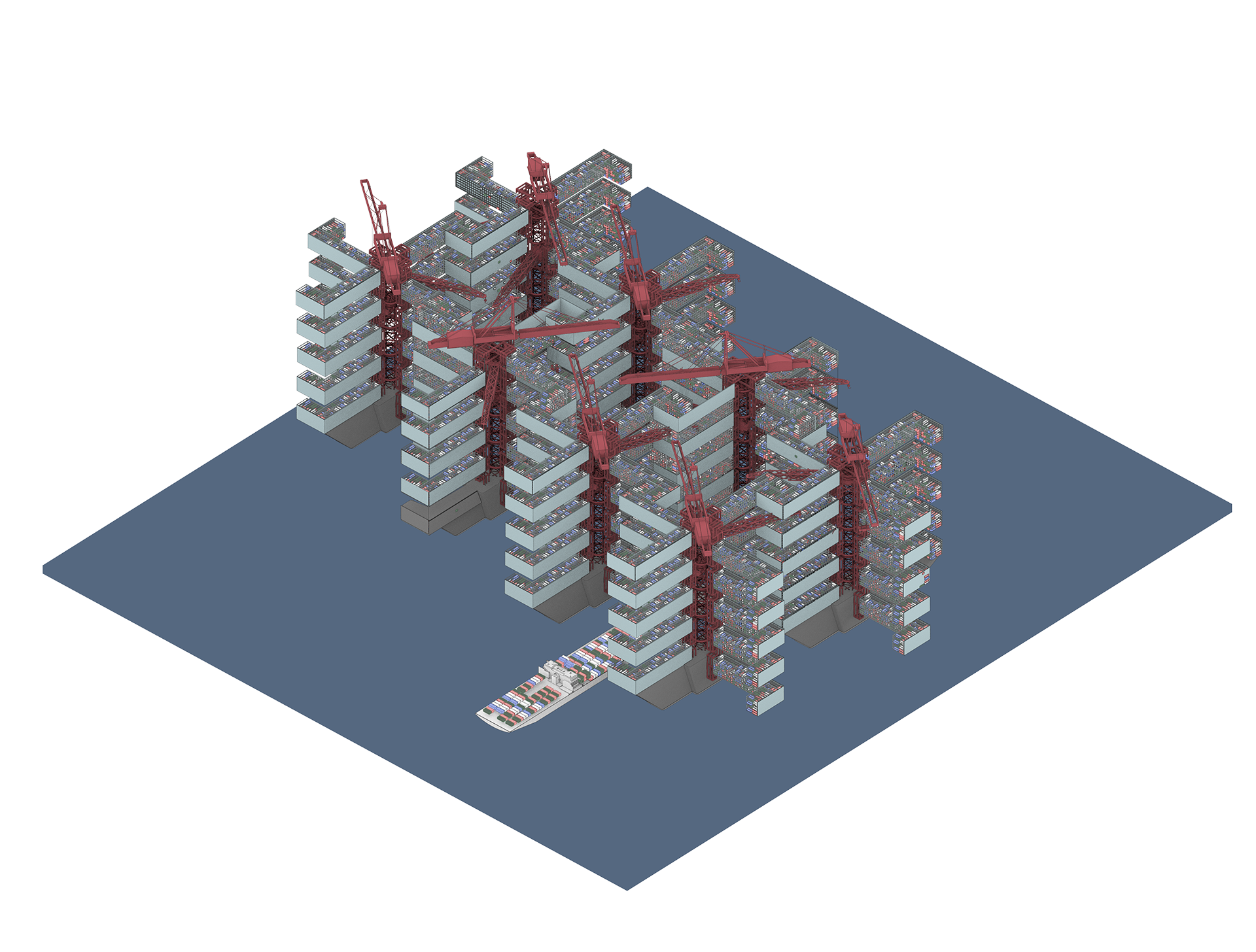 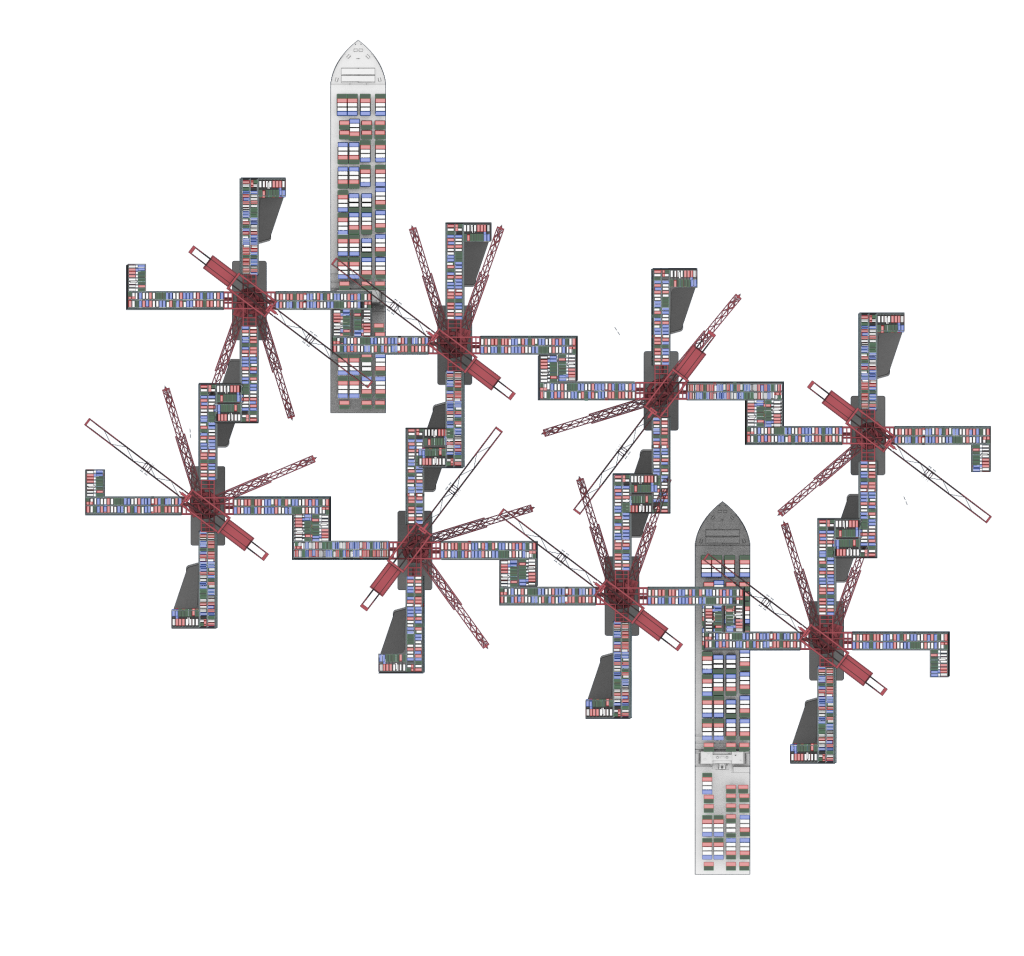 bunch joins structure, clusters form distance from each other until they reach to their branches, like a chain. By creating distance their introduce passage ways for ships that they can move beneath structure and load goods by cranes. This condition similarly performs as port 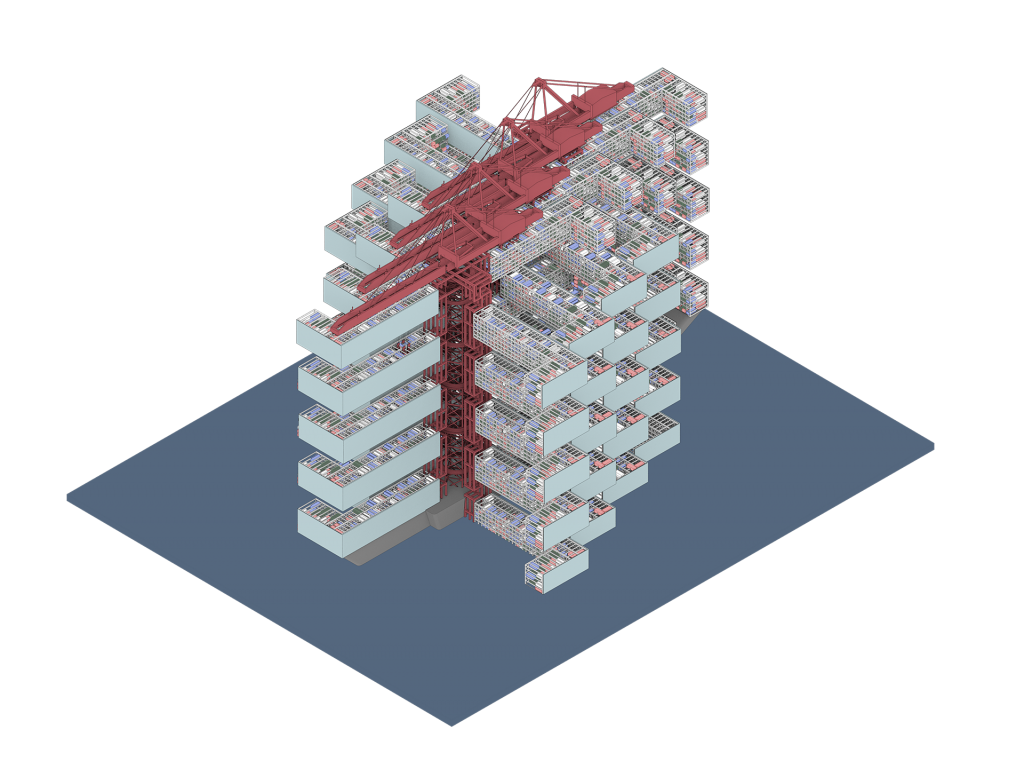 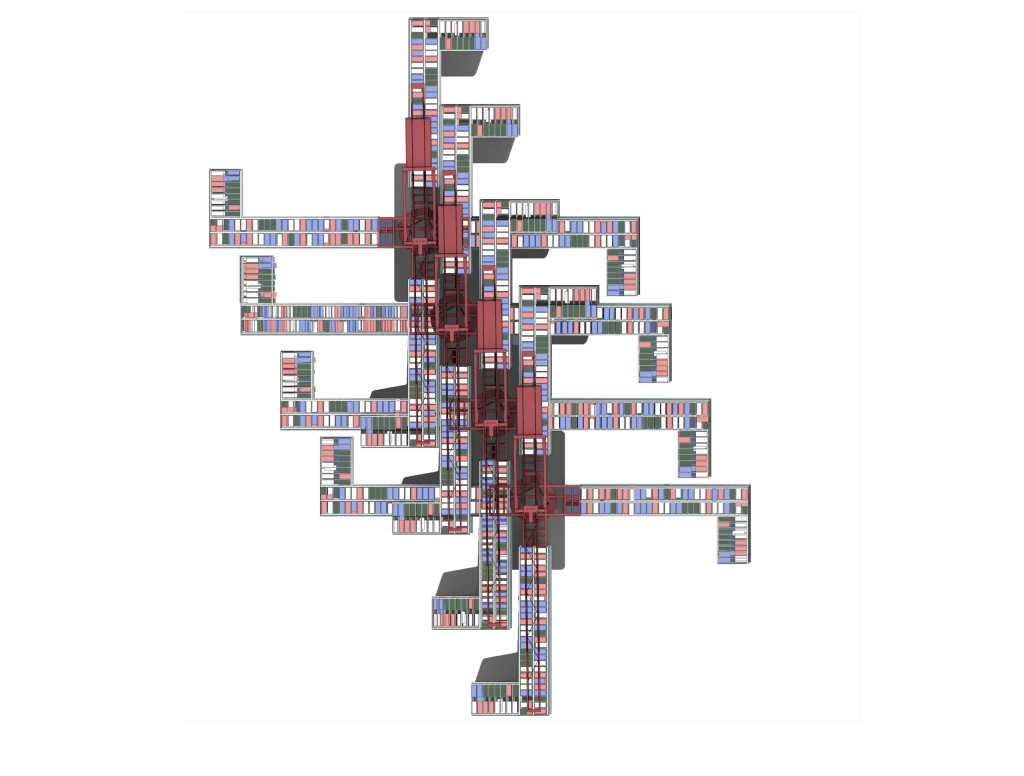 interlock condition that bunch of cluster are compressed, act as storage. They can be carried by ships in interlocking condition 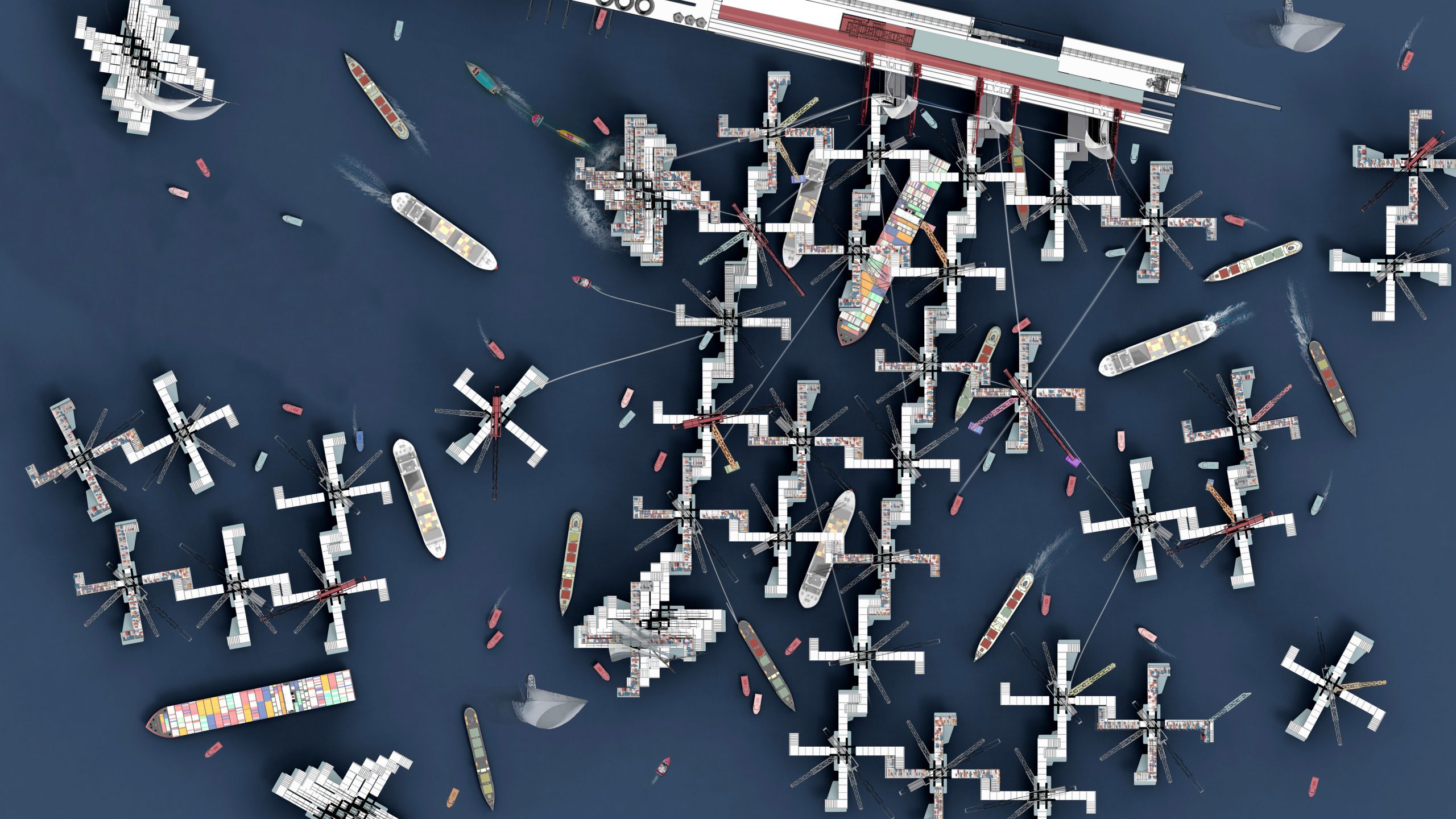 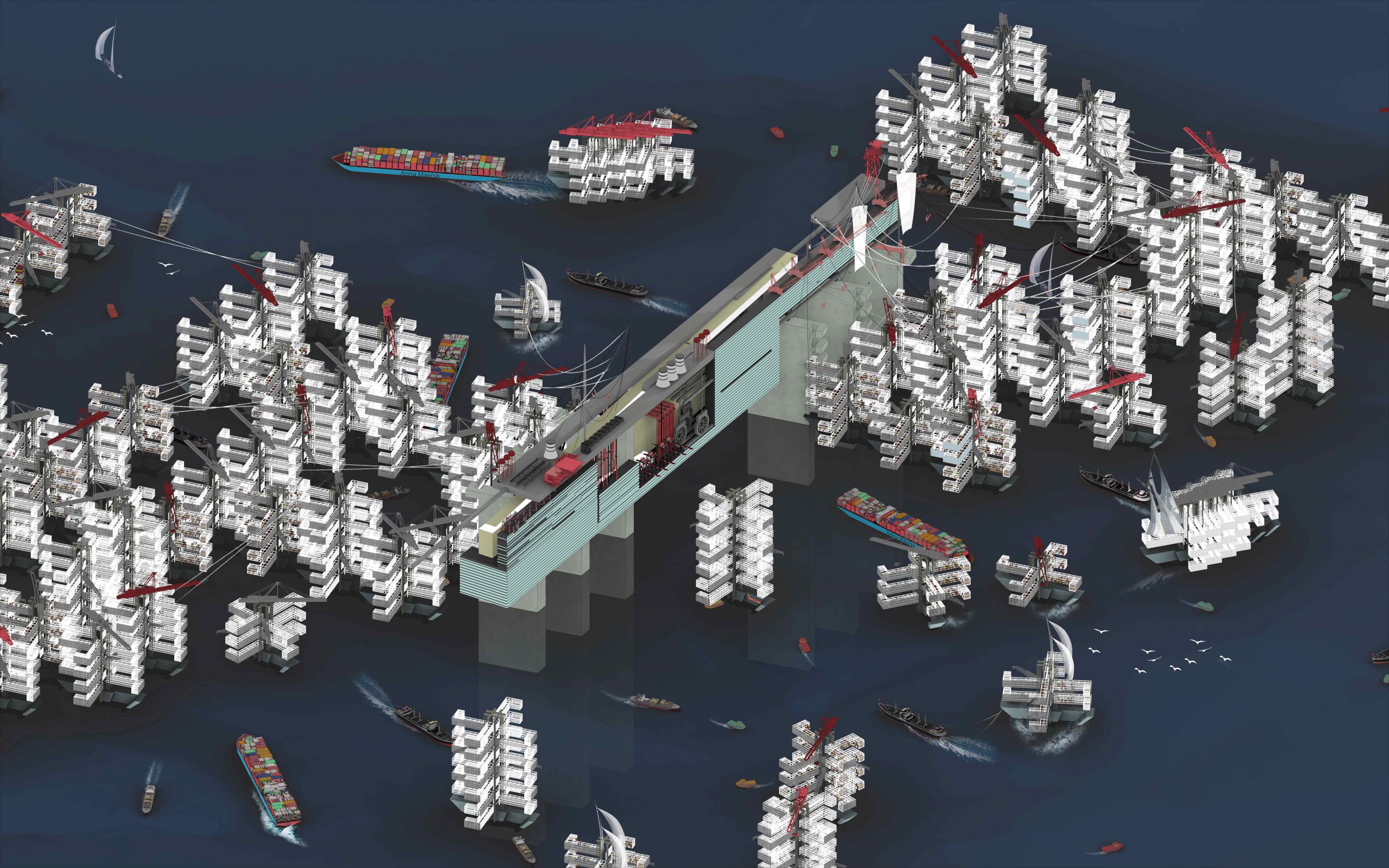 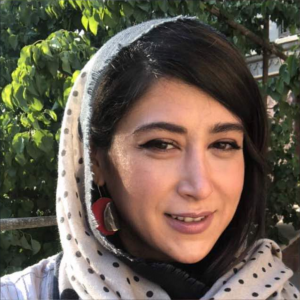 Self Employed at Studio No.9, Graduated from Caai school 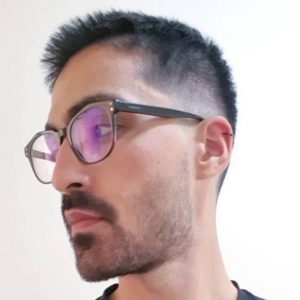 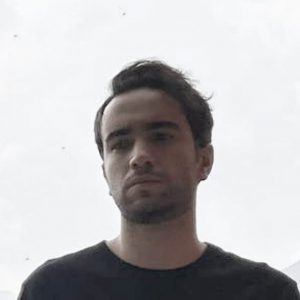 Facebook Twitter Pinterest linkedin Telegram
Ferdowsi, one of the greatest was a Persian poet and the author of Shahnameh (“Book of Kings”), which is one of the world’s longest epic poems created by a single poet, and the national epic of Greater Iran. Ferdowsi is celebrated as one of the most influential figures of Persian literature and one of the greatest in the history of literature.Inspired from homogenous arched chambers in Iran’s traditional architecture we decided to create our multi programed spaces by using modular cross sections in this type of architecture. Using arches as cross-section and lofting them through each other gives us ability to have spaces independently and also their overlap creates in-between spaces which visitors can commute between different places. 00010203 Previous Next Previous Next Previous Next Co-operation with:

END_OF_DOCUMENT_TOKEN_TO_BE_REPLACED

Facebook Twitter Pinterest linkedin Telegram
Walking through Roman reservoir parallel walls supported on columns and pierced by arches defines an equal dimension space, the directionality of the arched walls operates in counterpoint to the framed vistas across the grain of the space. Complex parallax effects are generated as the viewer moves throughout the field of pillars. As you move you can feel this repetitive sequence of looking like perspective, non-directional space like a serial order of one thing after another. Peering down from above, investigating from below the result is that the one structure that stood at right angles to the horizon was destroyed. Previous Next The idea of project is that how we can set different rules in this grid of pillars, somehow folding this homogeneous space into itself, so we tried to change angle of grid oriented to the span of...